Fred Upton is known as a sincere, hardworking leader who listens to all perspectives, supports our Midwestern values, and achieves results for Southwest Michigan. Fred's focus remains on passing important legislation to encourage job creation, protect taxpayers, help our community and enhance the quality of life for everyone in Southwest Michigan and throughout our country.

Fred knows how to get things done in Washington and back home in Southwest Michigan.

Prior to his election to Congress, Fred worked for President Ronald Reagan in the Office of Management and Budget. While at OMB, Fred developed a keen understanding of fiscal issues and the critical importance of cutting deficit spending and reducing the debt to protect the nation's fiscal integrity. Fred is fighting hard to put our nation's fiscal house back in order through spending cuts and reforms like the Balanced Budget Amendment and the line-item veto.

The Dowagiac Daily News calls Fred a "breath of fresh air in polarized Washington" who "keeps company at the highest levels of the federal government, but he never forgets where he comes from." Fred's hometown paper, The Herald Palladium, calls Fred an "engaged, positive representative" who has "effectively pulled the levers of government that have allowed key infrastructure projects to move forward." Additionally, in 2016, independent outlet Newsmax named Fred one of the "Top 25 Hardest Working Members of Congress".

In 2010, Fred was selected by his colleagues to serve as Chairman of the House Energy and Commerce Committee, which has jurisdiction over issues relating to energy, the environment, healthcare, telecommunications, commerce, manufacturing, trade, and oversight and investigations. He currently serves as Chairman of the Subcommittee on Energy. As Chairman, Fred was widely respected for his bipartisan track record of successful initiatives. During his tenure, he ushered more than 200 pieces of legislation into law. 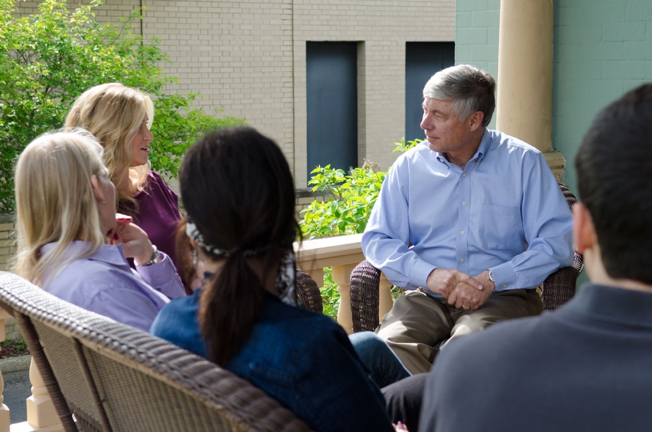 Fred is also the leading driver of the bipartisan 21st Century Cures Initiative which will speed up the development and approval of life-savings drugs and devices - helping patients and families in need across the country. 21st Century Cures also supports local jobs by modernizing regulations to enable medical manufacturing to thrive in Southwest Michigan. Thanks to Fred's leadership, 21st Century Cures was advanced in the House of Representatives and U.S. Senate by overwhelming, bipartisan votes and was signed into law at the end of 2016.

Fred is a graduate of the University of Michigan, and remains a Wolverines and Cubs fan. He and his wife Amey of 30 years are the proud parents of two children.

Upton for All of Us